6 Places Where You Get to Ride Unique & Wonderful Animals

If you think a camel ride is the only ride that everyone should experience, then you haven’t read about these peculiar animals. Several places from around the world offer a ride on these strange animals. 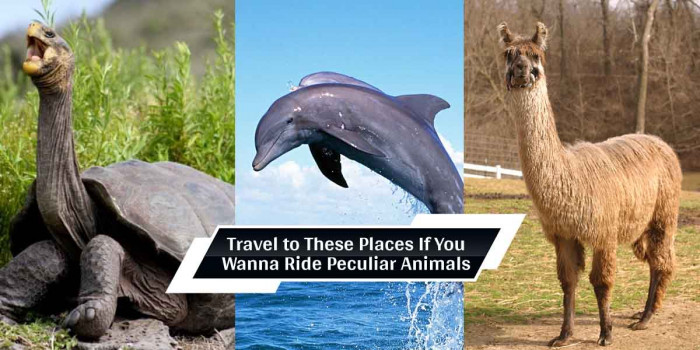 You must have traveled on trains, airplanes, and automobiles. Also, if you are a traveler, you would agree that watching mountains and doing something that is on your bucket list gives you the best feeling.

While traveling, you may have ridden on a motorcycle, boat, paragliders, and more. But nothing attracts tourists more than seeing a rare animal on vacation. Riding on a camel, elephant, or horse is common. But riding on strange animals that are rare to find should be on everyone’s wish list.

Most of us do not know the varieties of animal species existing on the earth. Do you know there’s an animal called reindeer? Probably yes! But do you know you could ride it? Have you ever wished to ride an ostrich or dolphin? Yes? But not every place you travel have these animals.

So, here are a few places from around the world where you could ride these peculiar animals. 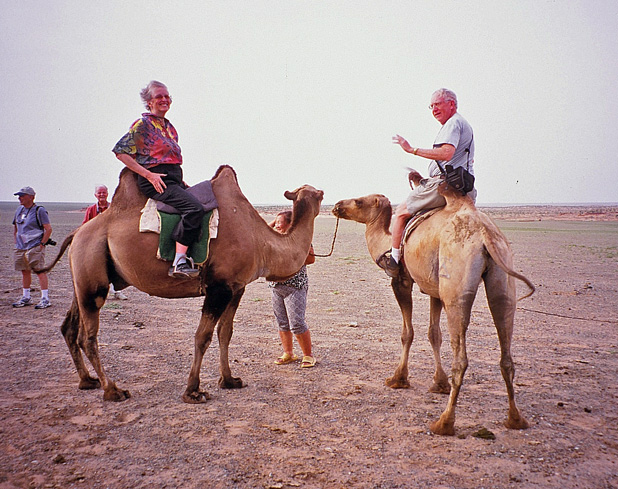 Several places on the earth, including Saharan African, Middle East, and other destinations, have a single hump camel. In Central Asia, you could find two-humped camels or a Bactrian camel. These camels are usually found in the Gobi Desert and Mongolia.

It is the biggest camel, and its height ranges between 6-8 feet. Camel ride is a popular choice of the tourists visiting Northwestern China for the first time.

Have you ever ridden a two-humped camel? 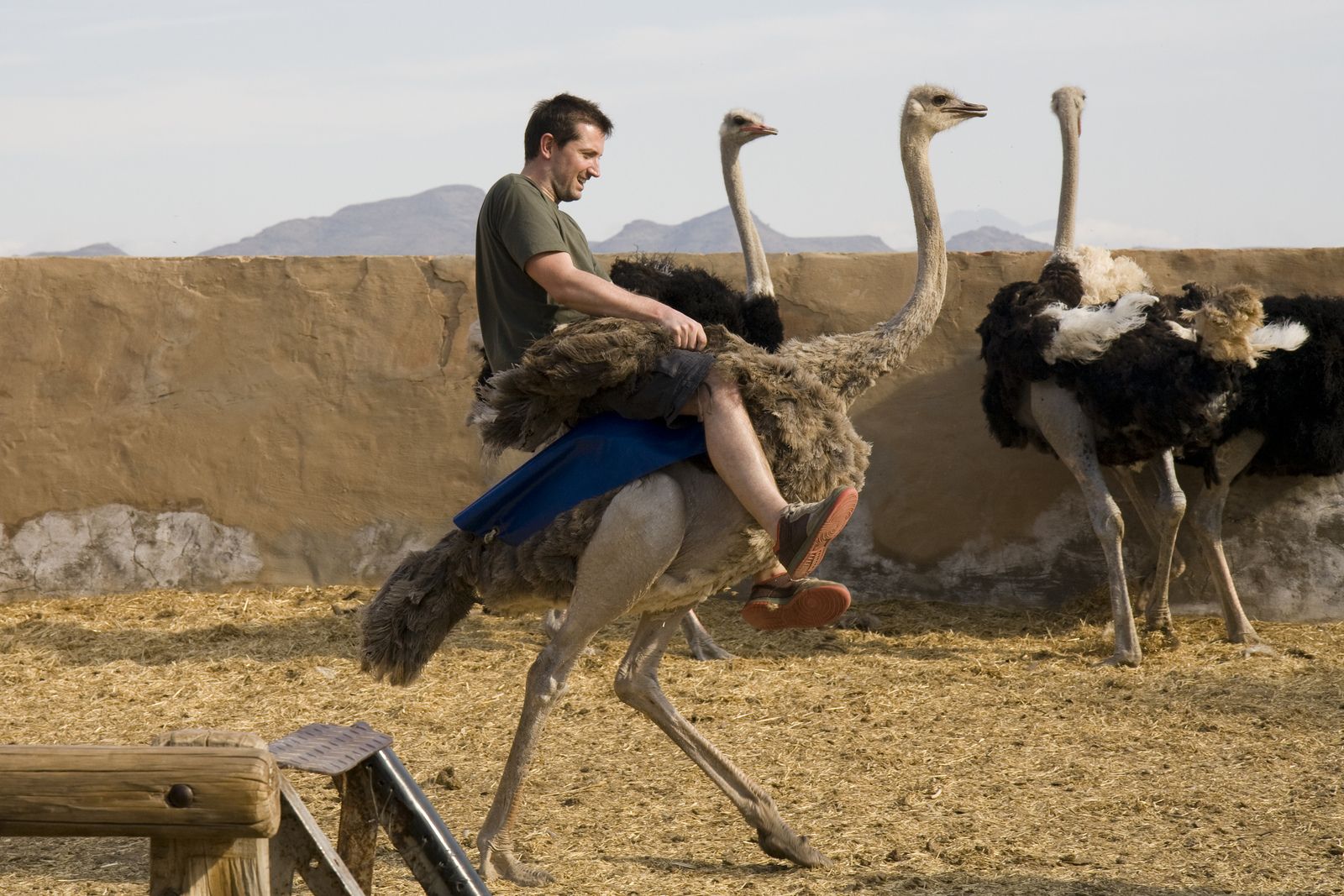 Riding an Ostrich might sound scary to you. But there is a town in South Africa, Oudtshoorn, which invites the tourists to ride on the back of this flightless bird. In the town of Oudtshoorn, Ostriches are kept to produce eggs, feathers, and meat.

Ostriches might not be a cuddly creature but are good to ride on. The place is popular for its huge ostrich population. It is a curious bird; you could feel its peck. But it doesn’t hurt. But beware of its claws. They are sharp and could hurt you. You could also see these amazing pictures of people riding dangerous animals. 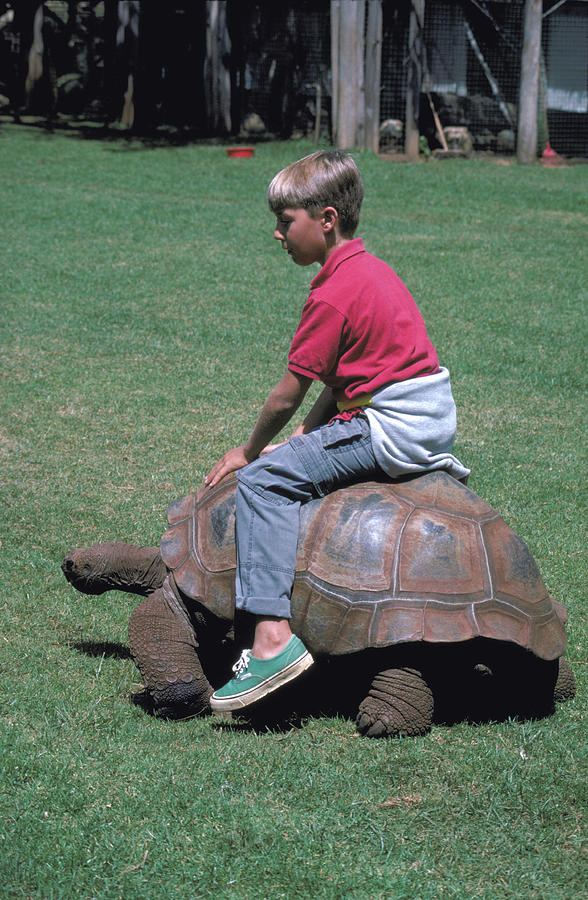 Could you ever imagine riding a tortoise? But this is possible in Kenya. You could enjoy the ride on big turtles at the North Coast of Mombasa along the Mombasa Malindi road. What’s amazing is you could hold a baby crocodile and tortoise here. In Nairobi Mamba Village, you could see the ostrich farm and take a boat ride in the lake.

If you are planning to visit Kenya anytime soon, then don’t forget to ride on the Giant tortoise. Understandably people believe that these creatures have super strength. But they are evolved to carry their weight and not the extra weight that is sometimes out on them.

A heavyweight could injure their legs. They are strong but should never be ridden. However, small kids riding a tortoise is fine. But it is strongly not recommended if you are an adult. 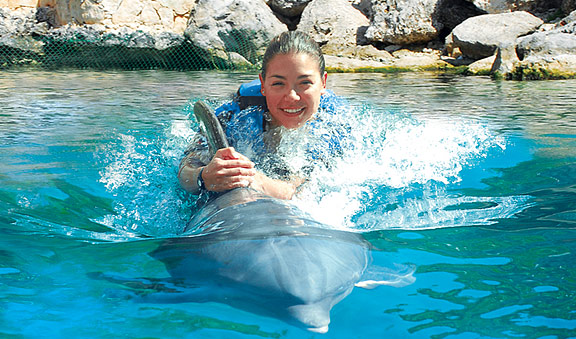 Dolphin is the cutest creature on the planet. Although the dolphin ride is a bit controversial, it is popular at sea parks in Florida. Dolphins are friendly and are extremely skilled when people ride on their backs.

If you do not want to take Dolphin ride, several places in Floria offers dolphin programs. In Orlando, Florida dolphin tours offer snorkeling with the dolphin in the open. Make sure that you feed fish to dolphins while you are riding.

Also, don’t forget that Dolphin is a mischievous animal and loves to play with the gadget. Once, it was found that a dolphin in an Orlando grabbed an iPad from the visitor. Swim with dolphins and share this wonderful experience with your friends. 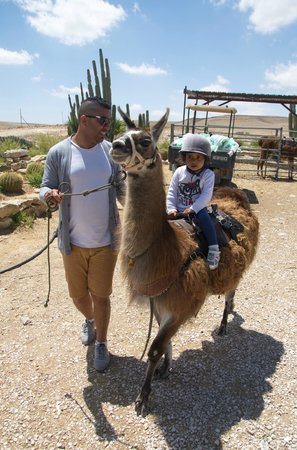 Most people believe that llama and Alpaca are the same, but they differ in many ways. Llama hiking is popular in the mountain regions of Peru, Argentina, South America, and Bolivia. For longer trips, these creatures could carry three-four days trekking supplies. They have padded feet similar to dogs and could walk easily on rocky paths. They have a thick undercoat and wooly topcoat, which keeps them safe from the cold.

Sometimes the goods are replaced by people, and Llama gives an adventurous ride. Llamas have been used by people living around the Andes mountain as pack animals for a long time. Today, Llama hiking has become popular in several countries. You would be surprised to know that Llama hiking is also a therapeutic activity for disabled children. 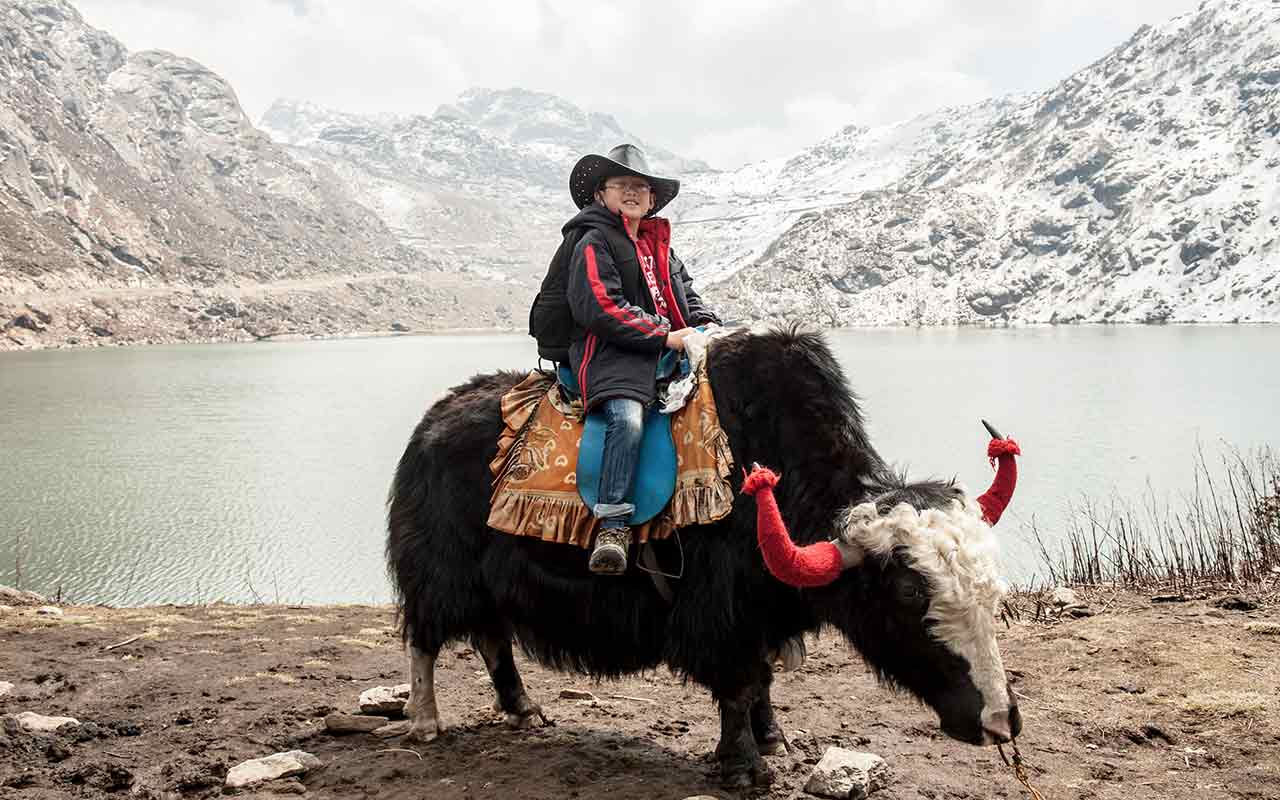 Yak riding is an exciting experience that you could have in India. It is an adventurous feel when colorfully decorated yak with strings of bells around the neck takes you for a ride along the lake and up on the mountain. Enjoy the fantastic views of the lake and click pictures to make the ride memorable.

Be it a camel or an elephant ride, riding these animals is exciting!

Have you ever took a ride on these peculiar animals? How was your experience? Do you know other places where you could ride these animals? If so, then don’t forget to share their names.