5 Major Differences Between Turtles and Tortoises

Just like all squares are a type of rectangle but all rectangles can’t be a square, similarly all tortoises are turtles but not all turtles are tortoises!! 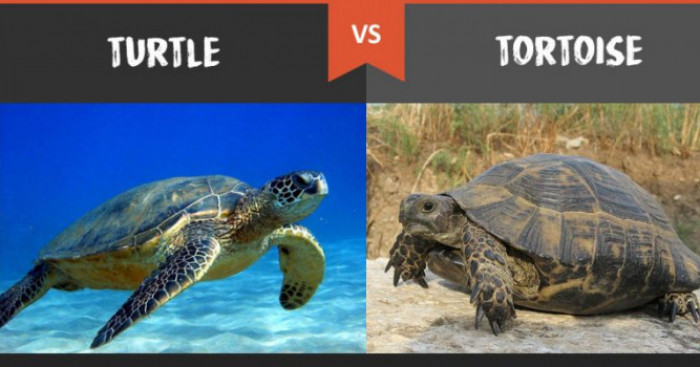 Though, they are closely related there are some major differences which are often overlooked. Tortoise is easy to care for, but somehow expensive to own.

What we think is tortoise is just a fancy way to turtle! But there’s a significant difference between them. Let us know how the two are different from each other. 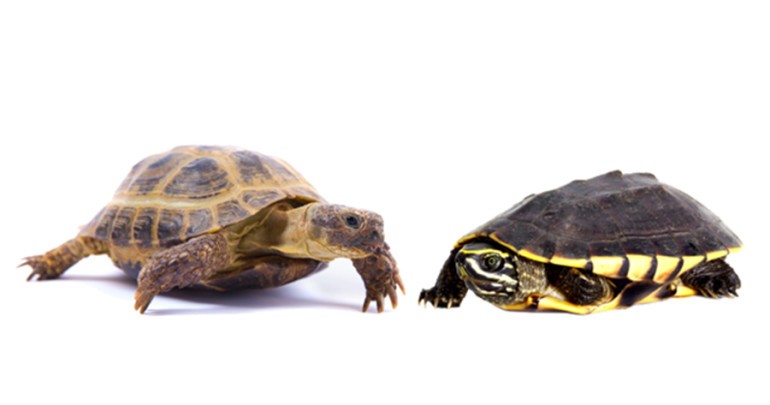 While Tortoise which also belongs to the Chelonian family is a land reptile of warm climates covered in a leathery domed shell into which it can withdraw its head and thick legs. (1.1)

Where Are They Found?

You can notice turtles in the locations of America and Africa. Turtles are omnivores i.e. they are both vegetarian and non-vegetarian. While Tortoises are mainly found in Africa, Asia and even in America. They are usually herbivores but sometimes they consume meat.

The lifespan of the turtle totally depends on the species of turtle. For instance, a pet turtle can live 15-80 years while sea turtles usually have a lifespan of more than 150 years.  It is difficult to measure the exact age of the turtles some guess that the giant Galapagos had died at the age of 175.

Tortoises are usually considered as the longest living species on the Earth. Their lifespan is longer than that of a turtle with an average of more than 100 years and maximum of 200 years.

Turtles spend most of the time in the water. They are the reptiles with hard shells which protect them from the predators. Turtles have webbed feet and a streamlined body so that they can easily manage the water. They are rarely seen on the land, only when they have to lay eggs on the sand. Some turtles can tuck their tails, head inside their shells.

Tortoises have a dome-shaped shell or sometimes saddleback shell. They have elephant-like feet, long claws, heavier and domed shells. Its shell has three parts: the bottom plastron, top carapace and the bridge that fuses all the pieces together. 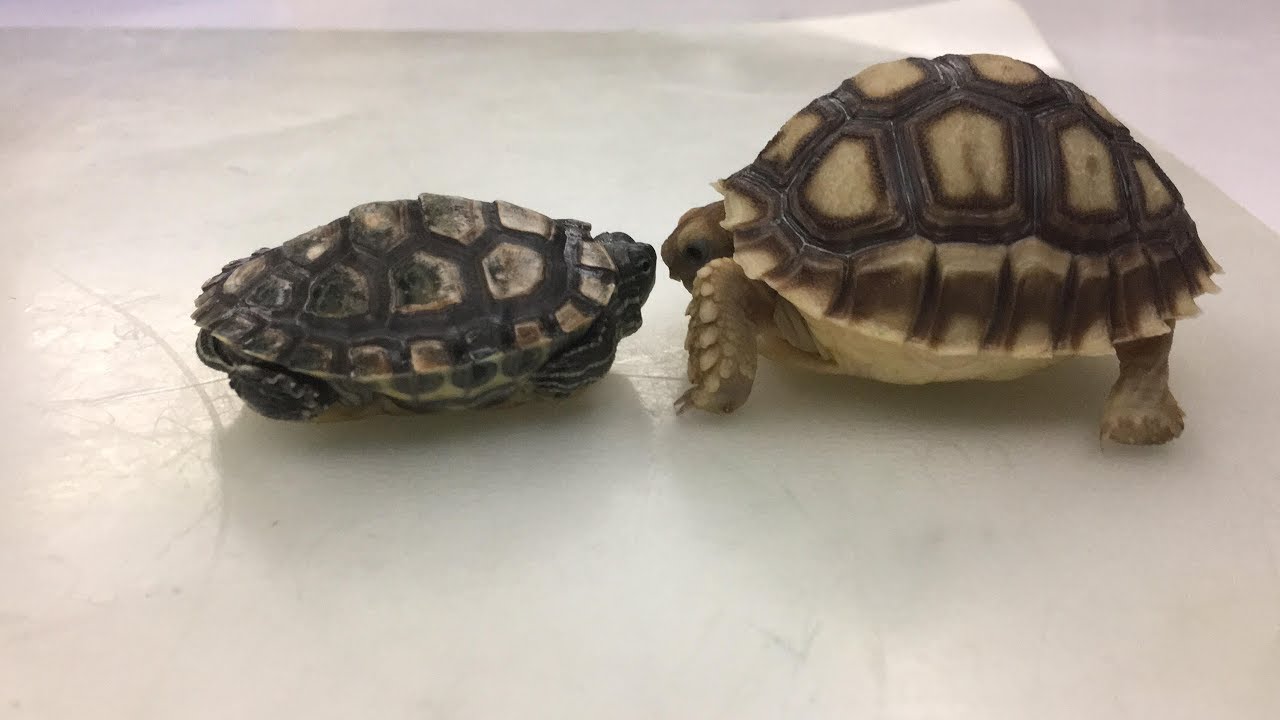 There is no average size of the turtle. The largest turtle is reported to have 680 kilograms and is about 5.25 feet long. There are different types of turtle found, so recording the exact length of this species is not easy.

Tortoises also vary in size but it is known that they reach their maximum size until the age of 30. The giant tortoise is the longest-lived species, with some specimens even exceeding 5 ft in length and weighing more than 600 pounds. 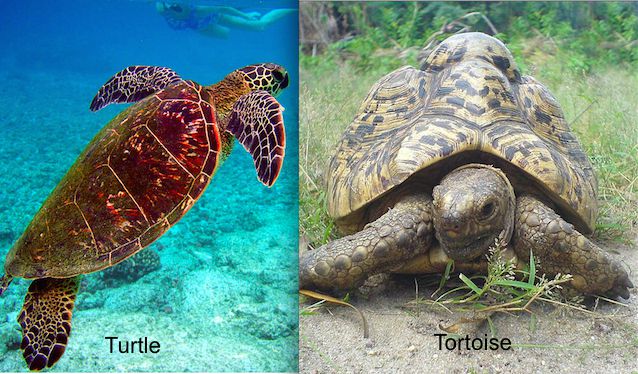 Turtles move around in the water in the search for food. They may climb out onto rocks, to enjoy the weather, and in cold, they burrow themselves into the mud to hibernate. Some turtles even move around thousands of miles on regular routes and return to the beaches to lay their eggs.

Tortoise on the other hands usually stays in one place. They only come near the water ponds when they have to clean themselves or want to drink water. If the weather is too hot they slip underground.

The eggs from a turtle are soft and similar to the eggs produced by different reptiles. Their hatchlings stay in their nest for around 3-4 months.

While female tortoise dig burrows and then lay from 2-10 eggs. Tortoise hatchlings nearly take 3-4 months to grow within the ball sized eggs. (1.2)

10 Wild Animals You can Own as Pets