11 Fox That Aren't Fox But Dog

Dogs and fox have many related traits. The physical characteristic resembles in both species. Therefore there are fox which are ... 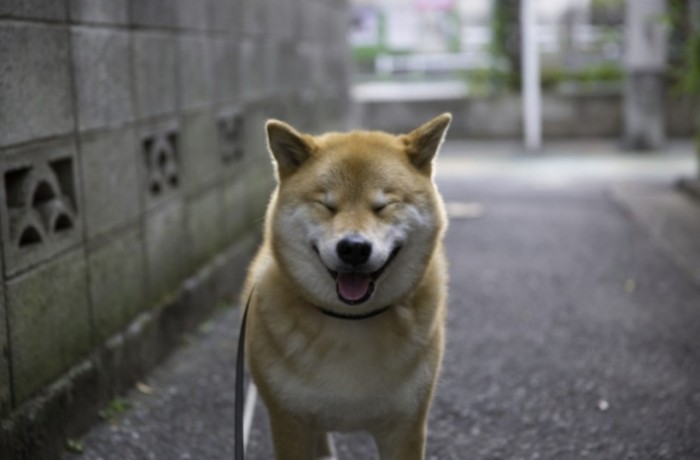 Dogs and fox have many related traits. The physical characteristic resembles in both species. Therefore there are fox which are not fox but they are in actual dogs.Dogs are progeny of fox or wolves. They are the subspecies of wolves. Fox are omnivorous animals and genetically fox are ancestors of dog.

Dogs are loyal animals. These can easily be relied on. They are the mostly adopted by human beings, as their pets. Whereas fox cannot be trusted on as pets. But still if you want to have fox, then go bring dogs which looks like fox. 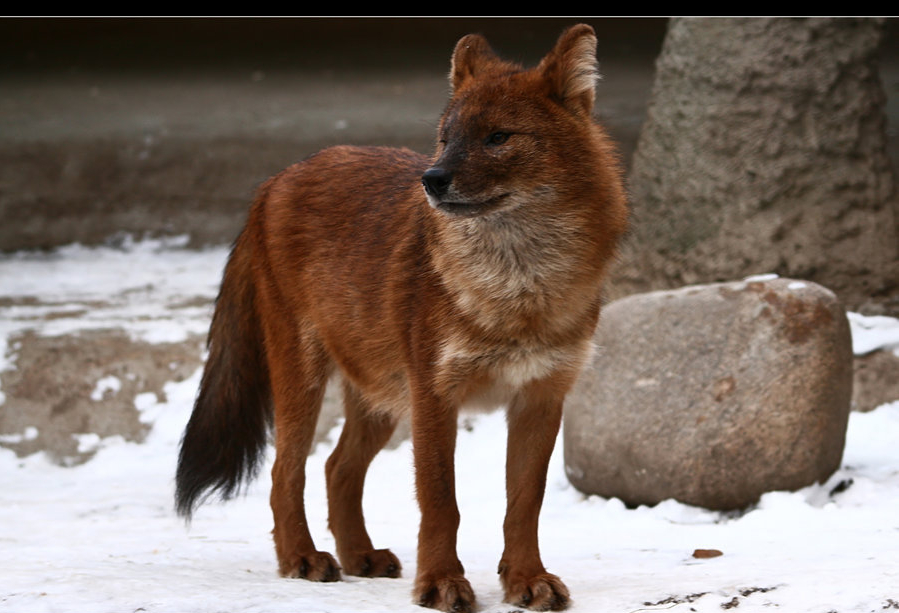 This kind of dogs are mainly found in South, East and Central Asia. It looks like Arabian and Indian Fox. Thus Dhole is also known as Red Dog or Red Fox Dog. Dhole is Popularly known as wild Indian Dog. It does not belong to the Canis Familiaris.

They have the ability to kill prey ten times of their own size. They can even jump up to 7 feet in the air. They are a good swimmer. But this specie of dog has been endangered that is at the verge of extinction. They have a speed of 34 miles per hour. They are cunning as Fox. They are also known as social Dogs. 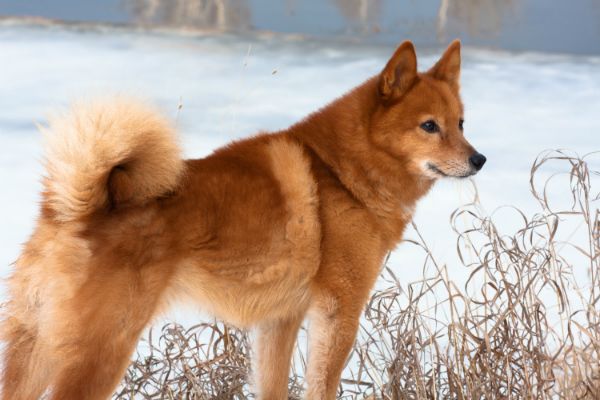 This dog has its origination from Finland. It is medium sized dog and they are considered as the national dogs of Finland. Finnish Spitz is known for its intelligence, activeness, and alertness. They protects from the distant strangers. They are also known as Bark pointers. It is used by humans to hunt the prey by signaling them, that he has marked the prey in the dense forest. Thus barking is said to be a hunting activity. They have small years which are similar to fox. 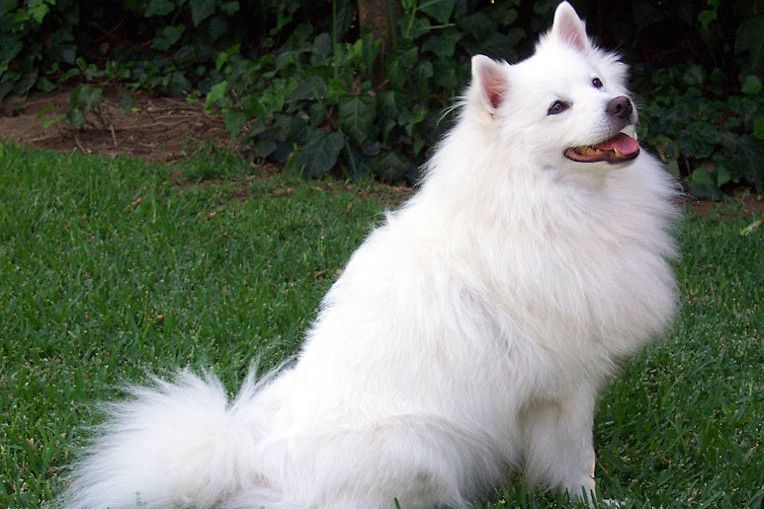 Indian Spitz are the medium sized dogs. This kind of dogs are able to sustain in extreme weather conditions as found in Indian Subcontinent. Thus it is known as Indian Spitz. These dogs are most intelligent dog breed and is known for having activeness and alertness. The specie is found in most of the Indian Families.

These dog loves to be around family and kids. They are  German Spitz in appearance. They are known as special Indian breeds in the Kennel Club in India. 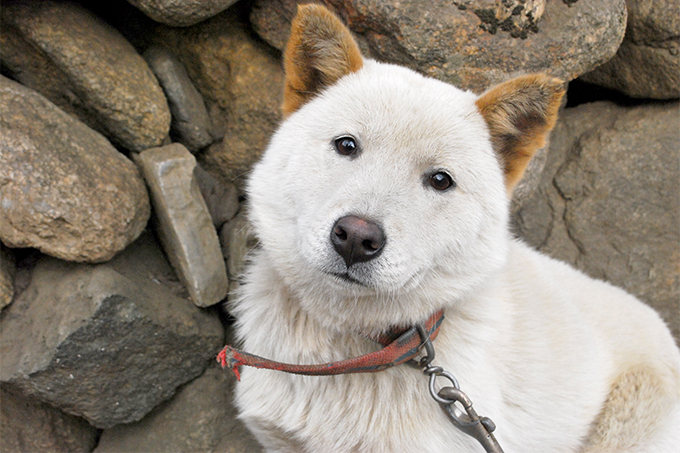 These dogs looks like Indian fox. These dogs are in medium size and can be found in variety of colors such as tan white and red, black and tan, yellow, red, tan and brindle coats. They are found in Korean. These dog are also known as athletic dog. These kind of dog require continuous regular exercise on regular basis otherwise they become stubborn and lazy. They are guided under the owner and are called as territorial dogs. They do not like the intervention of other pet animals or other dogs. 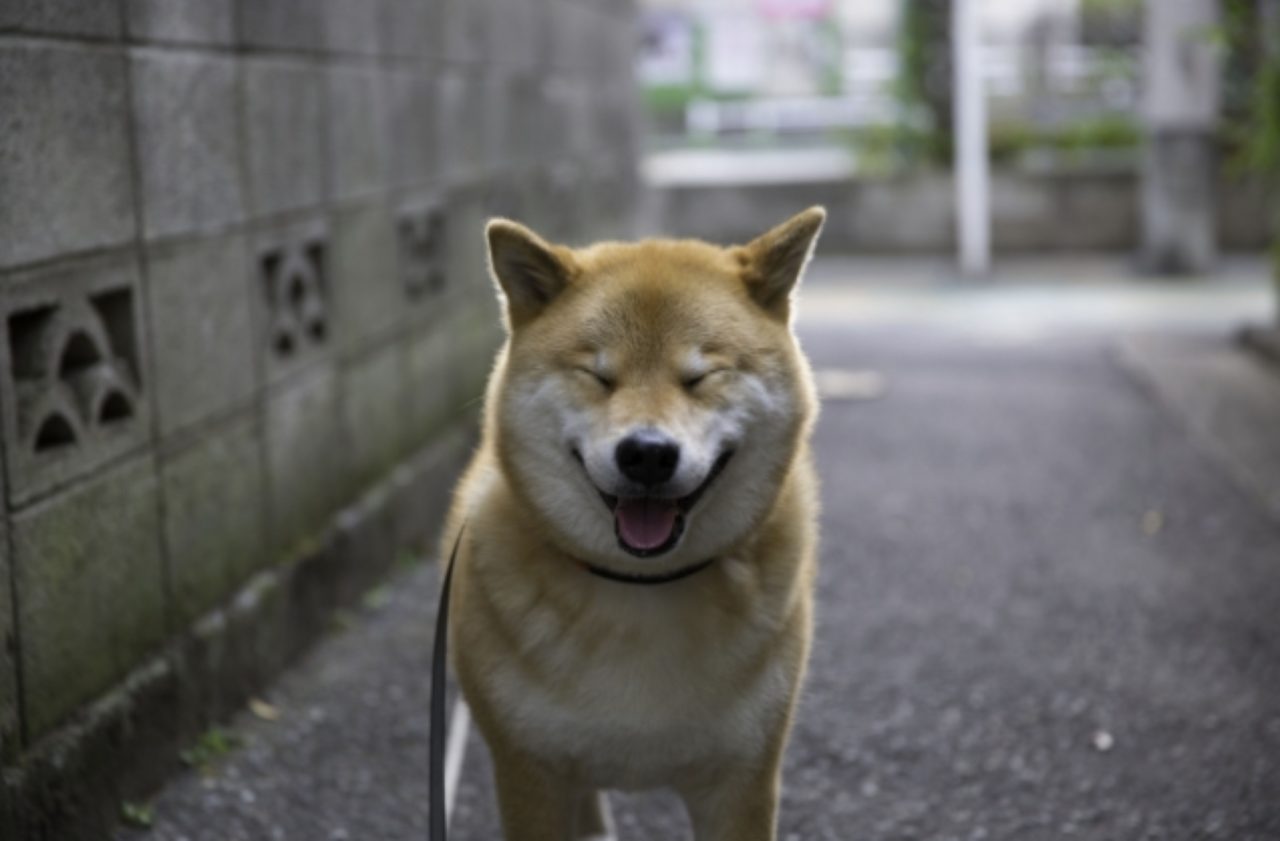 It is one of the ancient dog breeds still found in the Japan. As it has its origination from Japan. It is medium sized dog and is similar to the Akita Inu breed of Japan. It is the smallest species in Japan.

These dogs are brave and courageous. They can easily adjust in family and other pets. They are not at all dangerous to guest and strangers. 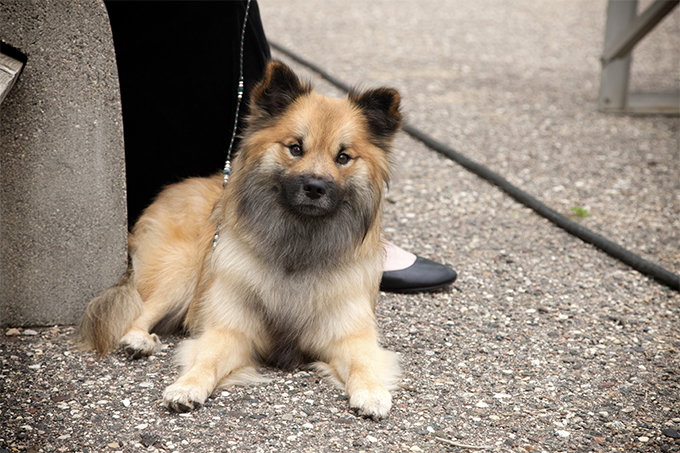 This dog has is origin from Iceland. They are very healthy breed of all the Spitz dog present. It is the ancestor of Shetland Sheepdog.

This dog is active and require regular exercises. It does not like to be in family as it has a habit of being alone. If they are taught to be friendly at early age then they can manage to be in the society. The ears of these species are triangular shaped and white, their tan and red color resembles it with Red fox. 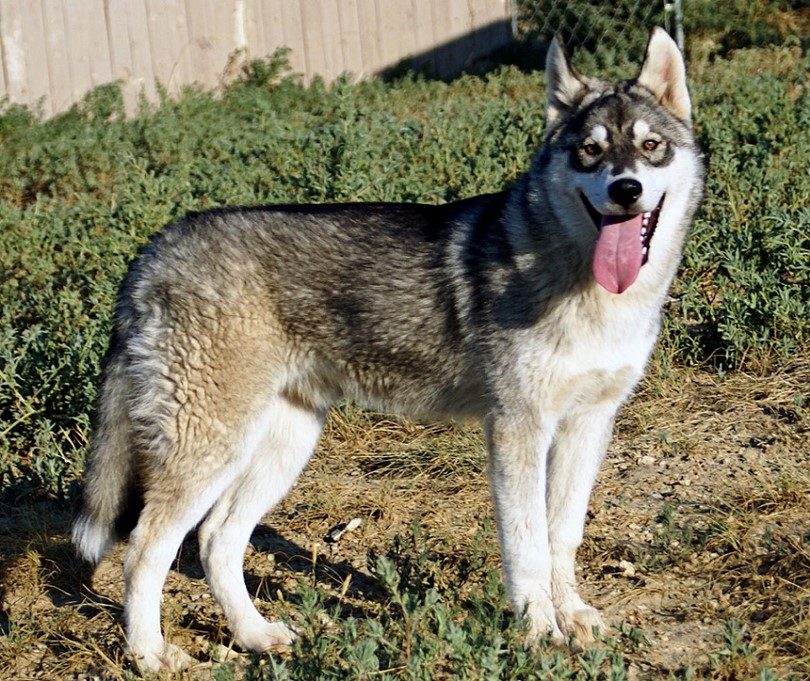 Kugsha has its origin from United States. They are also known as Amerindian Malamutes. They are a wolf hybrid. They are intelligent, quick and can learn things quickly. They have lean body which gives them the look of arctic fox. The color also adds to their similarities. It is a predator and thus it is recommended not to be in the family consisting of kids. They have been recently domesticated. They are protective as well as loyal to its owner. They have long legs which help them to carry lots and lots of goods a distance easily. 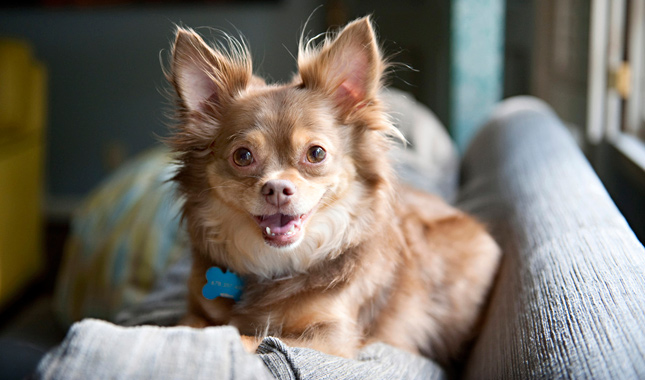 The Chihuahua is native to Mexico. It is one of the smallest dog breed in the world. They require less exercise and is best if are in under older people. They are an intelligent dog breed. They even like to play with toys and to be around the family members.

They are best suited for warm climates. They are of two types either the short haired or long haired. The long red color coat dogs looks like a small red fox. These dog are available in many colors. 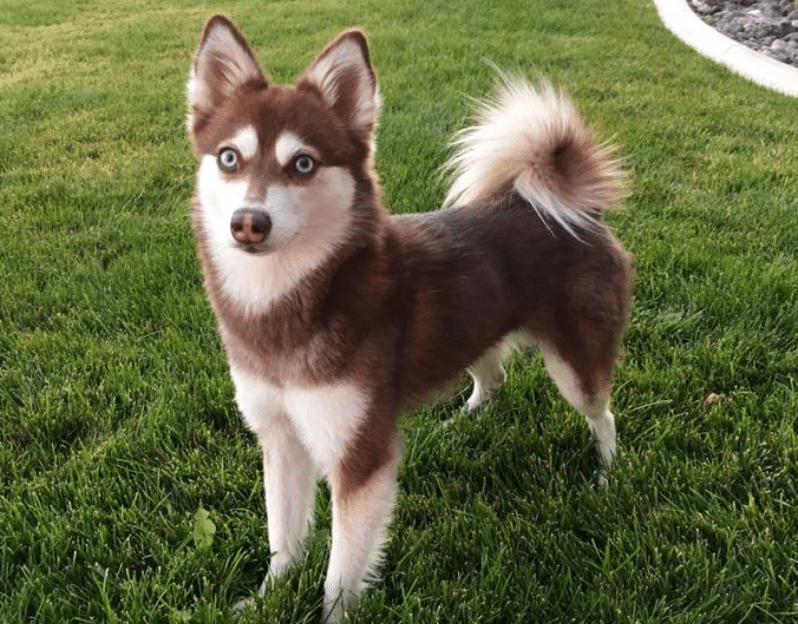 They are energetic, intelligent dogs, Who loves to be around the family. They are friendly but are cautious in front of strangers. They do not welcome the strangers as other dogs.

They belong to the lap-sized huskies. The dog is available in red and white, black and white, grey and white and white in color. Red color Alaskan Klee Kai looks similar to Red Fox. 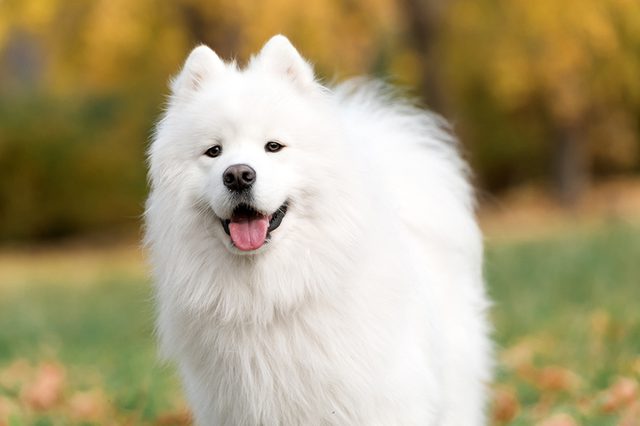 These are the circus dog. Originated in Greece and brought to America where they started to be known as American Eskimo. These dog belong to the Spitz family. They looks similar to the Arctic Fox. They are small in size. They are the most reliable dogs to keep around children. There wedged shaped ears and black points is similar to a Fox. 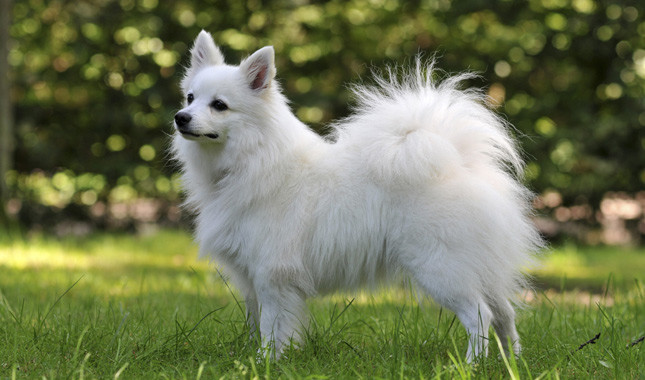 Volpino Italiano has its origin from Italy. This species was at the verge of extinction in 1965. Five species of this breed was left which were protected with several measures. And in 2016 , the number of these specie increased. According to the statistics, there were 2000 dogs recorded. This species is very energetic, in spite of being small. These species is used for safeguarding house.Volpino Italiano looks very much similar to a white arctic fox.

Bird Talons: Why is it Useful for Birds of Prey?