10 Most Horrifying Facts About Piranha

Piranhas are saw-toothed and powerful jawed biters with a reputation for a feeding frenzy. These fierce and vicious creatures might not be as dangerous as they are popularized in media. 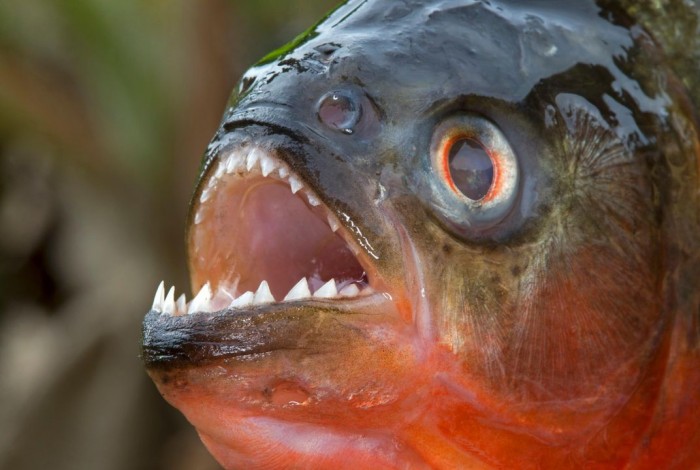 Piranha is a freshwater fish that belongs to the family Characidae and inhabits rivers, lakes, floodplains and reservoirs of South America. This razor-sharp toothed creature has a repute for feeding frenzy (which is popular among deadly sharks too); however, they are not all that of ferocious maneaters. Factually speaking, piranha means “toothfish” in the Brazilian language of Tupi people.

They are known as ‘caribes’ in Venezuela. So here are some of the most terrifying facts about the sharp-toothed and powerful-jawed predators ‘piranhas’. 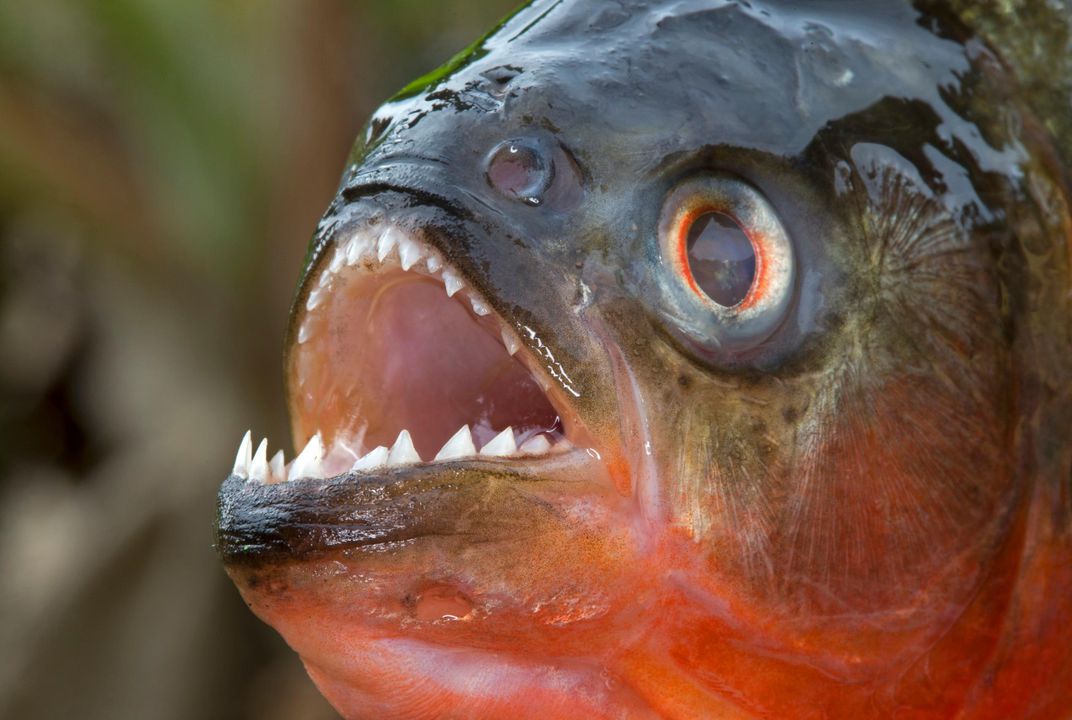 According to the Assistant Curator of Fishes at the National Aquarium in Baltimore ‘Ray Owczarzak’, a 180-pound human’s flesh would be stripped off in near about 5 minutes if 300-500 piranhas come together. 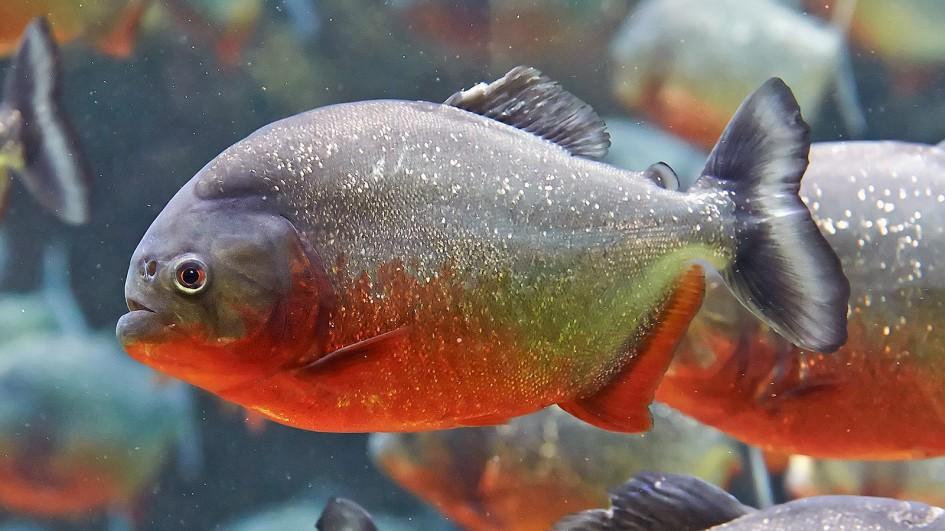 A Piranha’s diet is typically made up of fish, carrion, insects, worms, crustaceans as well as seeds, and other plant material. A red-bellied piranha eats nearly 2.46 grams per day: that’s about one-eighth of its average body weight. Bugs, crustaceans, and scavenged scraps majorly constitute the largest part of their diet but there could be a change in it depending upon fish’s age and available food sources. And this is why they are classified as omnivorous.

3. Some Piranhas are Even Cannibals 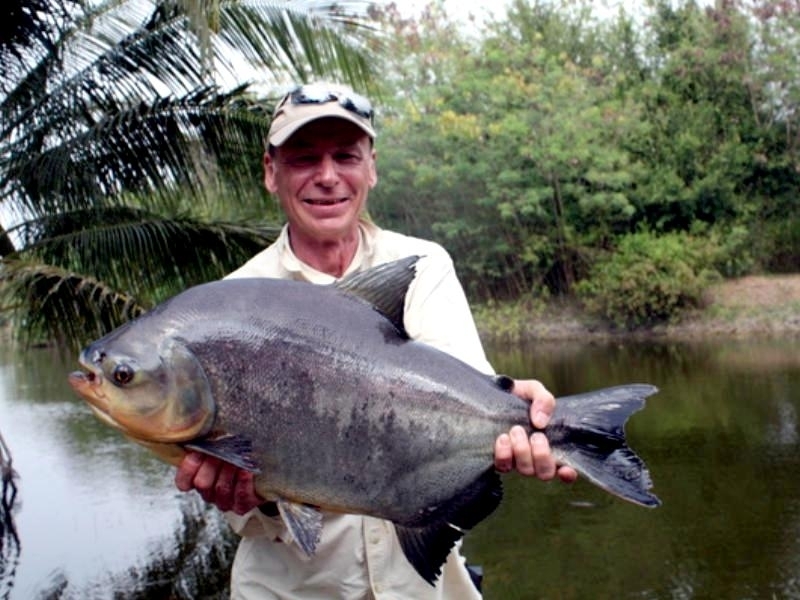 When piranhas are really hungry with food resources being low or competition for food being high, some piranhas can even turn into cannibals. Some have been known to take a chunk out of another piranha, be it living or dead. Weirdly enough, Wimple piranhas feed on fish scales that have a nutritious protein-rich mucus layer.

4. While Preying, Piranhas Strategize Their Attacking & Go for Tail & Eyes 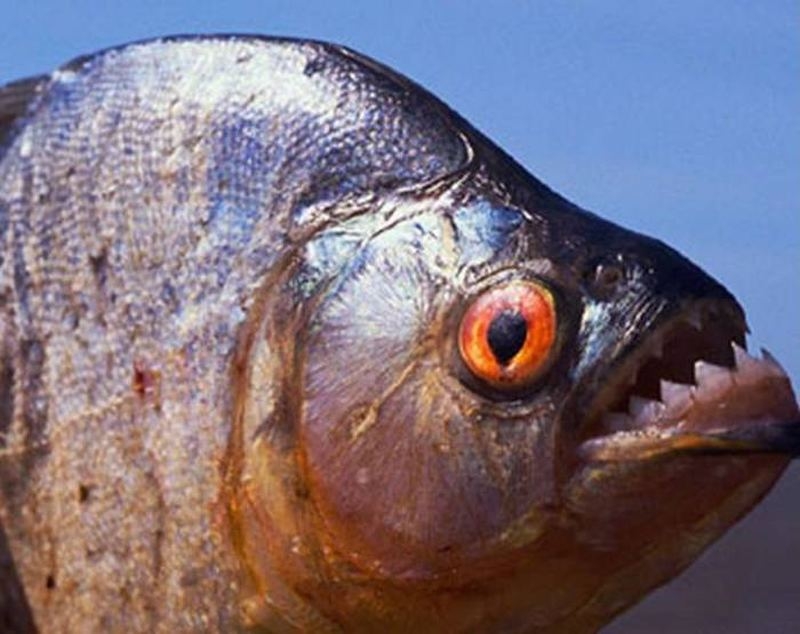 According to a study conducted in a lab setting, it was found that the red-bellied piranhas mostly began with attacking the tail and/or eyes of their prey goldfish. The researchers drew the conclusion that such an attack would lead to effective immobilization of piranhas’ opponents thereby proving useful for survival. (1.1)

5. Importing Piranhas is Illegal in the Philippines & Could Lead to Up to 4-Year Imprisonment 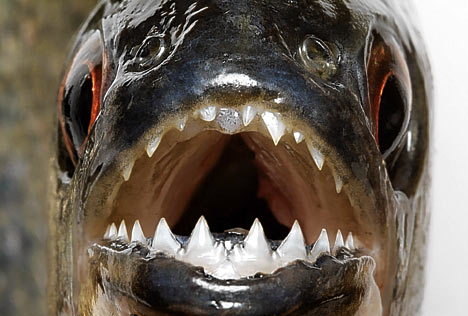 Even though they can be bought as pets in some areas, they are illegal in several parts of the US. The import of piranhas is illegal in the Philippines and violating this may cost six to 4 years of imprisonment.

6. They Have One of the Most Forceful Bites Found in Bony Fishes 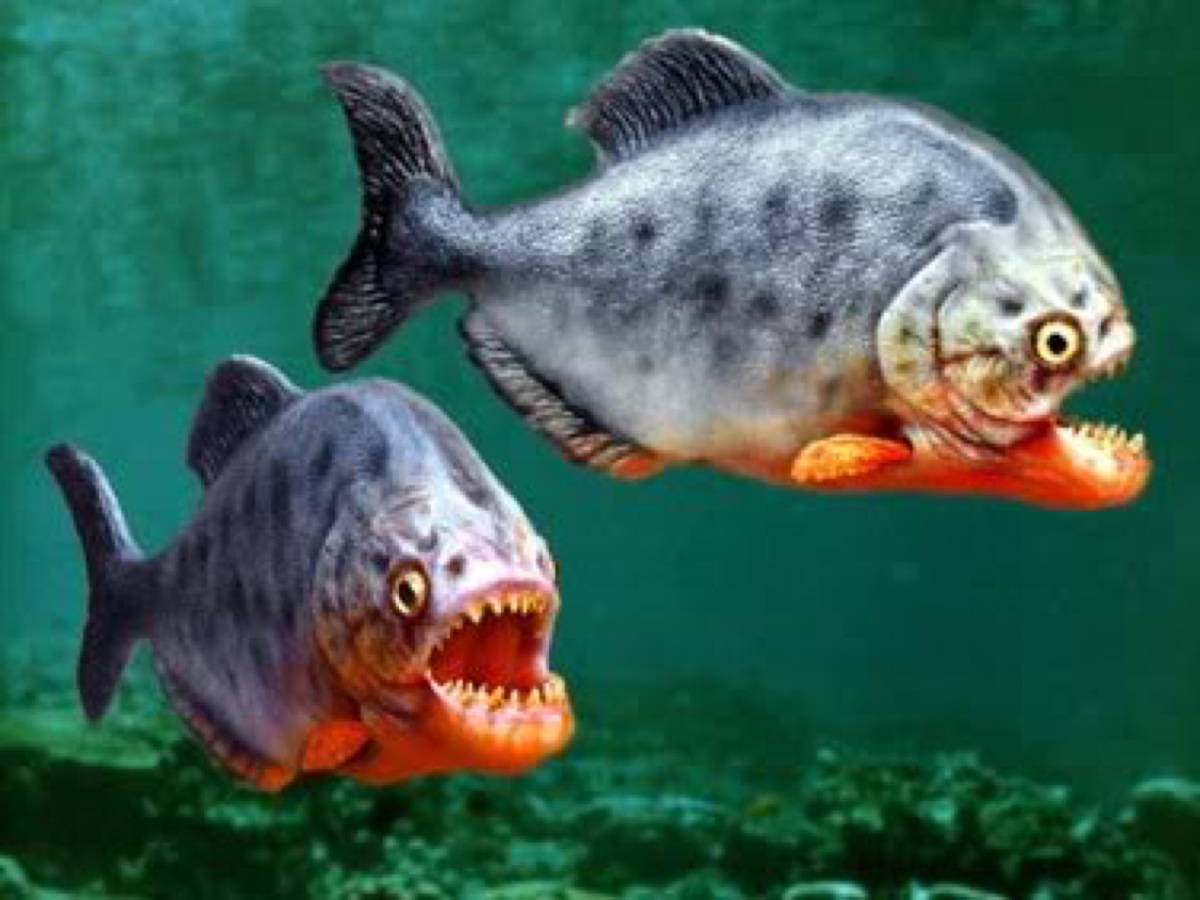 One of the fiercest and most powerful biters among bony fishes, piranhas have strong jaws and finely serrated teeth allow them to tear the flesh with dexterity. The black piranha yields one of the most intense bites among vertebrates: its huge jaw muscles that are attached closely to the jaw’s tip favor force production overbite speed.

7. They Usually Don't Pose Great Risk to Humans, But Children Often Become Their Victims as Splashing Attracts Them 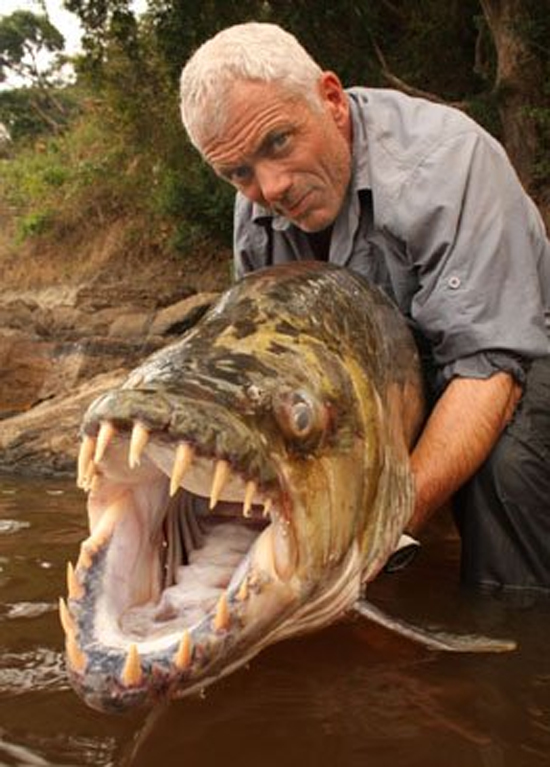 Piranhas are often described as very brutal creatures in media; however, they typically don’t pose a huge danger to humans. And the attacks occur especially when the piranhas are in stressed situations such as during low water in the dry season and scarcity of food.

Splashing attracts piranhas and that’s why children are more attacked than adults. Most of the piranha attacks on humans lead to minor injuries generally to feet or hands, and they are occasionally more serious and rarely fatal.

8. The Fishers Consider Them an Utter Nuisance 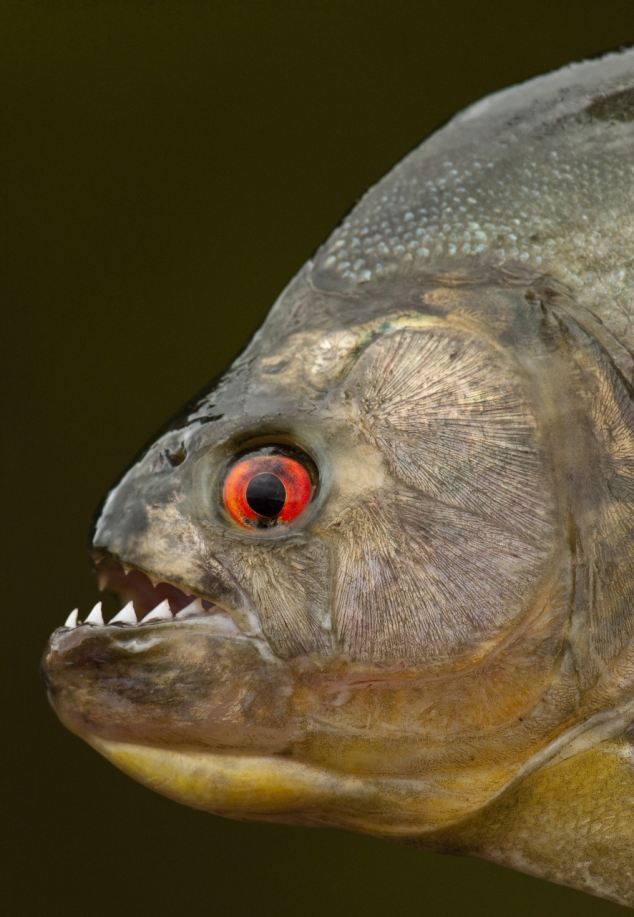 The fishers regard piranhas as true trouble for they devour catches, steal baits, ruin fishing gear, and may even bite when accidentally caught.

9. The Fearsome Red-Bellied Piranha Has Many Spine-Chilling Legends Around It 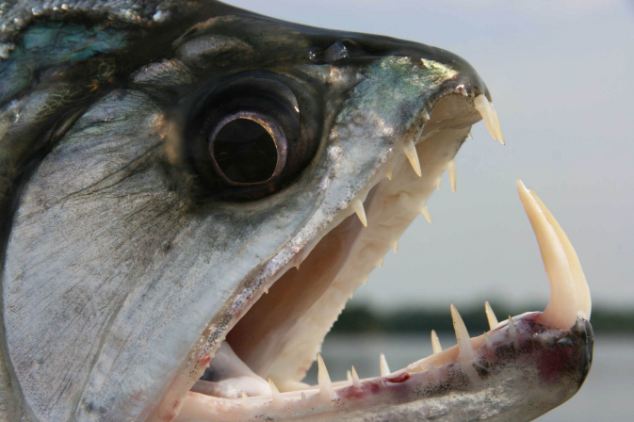 A lot of stories exist about piranhas including how they can rend asunder a human body or cattle within seconds. They are specifically related to the red-bellied piranha. “Piranha cattle” is a Brazilian legend according to which they can sail the rivers at high speed and attack the first cattle entering the water so as to allow the rest of the group to travel across the river.

However, these legends were disregarded through research by Hélder Queiroz and Anne Magurran and were published in ‘Biology Letters’.

10. US President Teddy Roosevelt Described Piranhas as Vicious Creatures in His Book 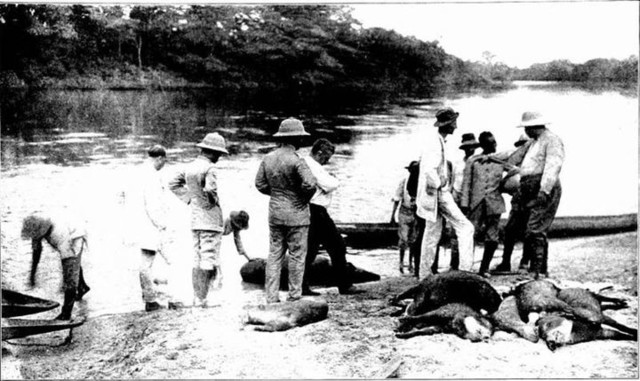 In his 1913 Brazilian hunting expedition through the Amazon Rainforest, former US President Theodore Roosevelt witnessed a scene created by local fishermen while on the riverbank. After the river was blocked and piranhas were left starving for days, a cow was pushed into the river. This cow was dilacerated and skeletonized in no time by famished piranhas.

Later in his 1914 book entitled ‘Through the Brazilian Wilderness’, Roosevelt presented the piranhas as savage and frightening creatures. (1.2)

10 Most Dangerous Predators Of The Sea