Scientists have just started to understand this cute little animal tardigrade. There are over 1000 known species with water bears. 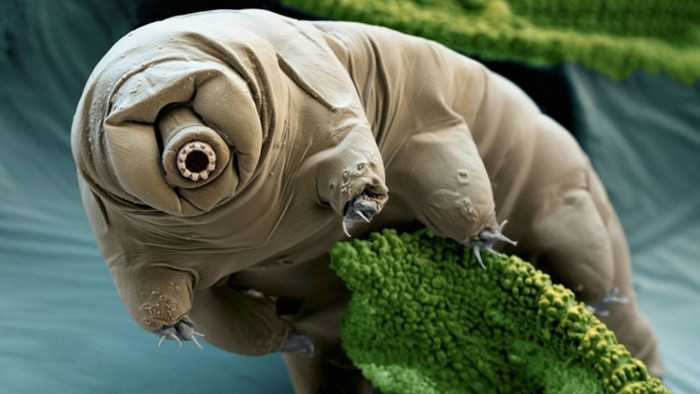 Do you know animals like Lion or tiger do not own the credit of the toughest animals on the planet? Not even dinosaurs are the toughest creatures ever found.

This cute looking animal can even survive without water for decades; can survive boiling water and even extreme radiation.

Let us today, know more facts about this micro animal and find out how they are unique from others. 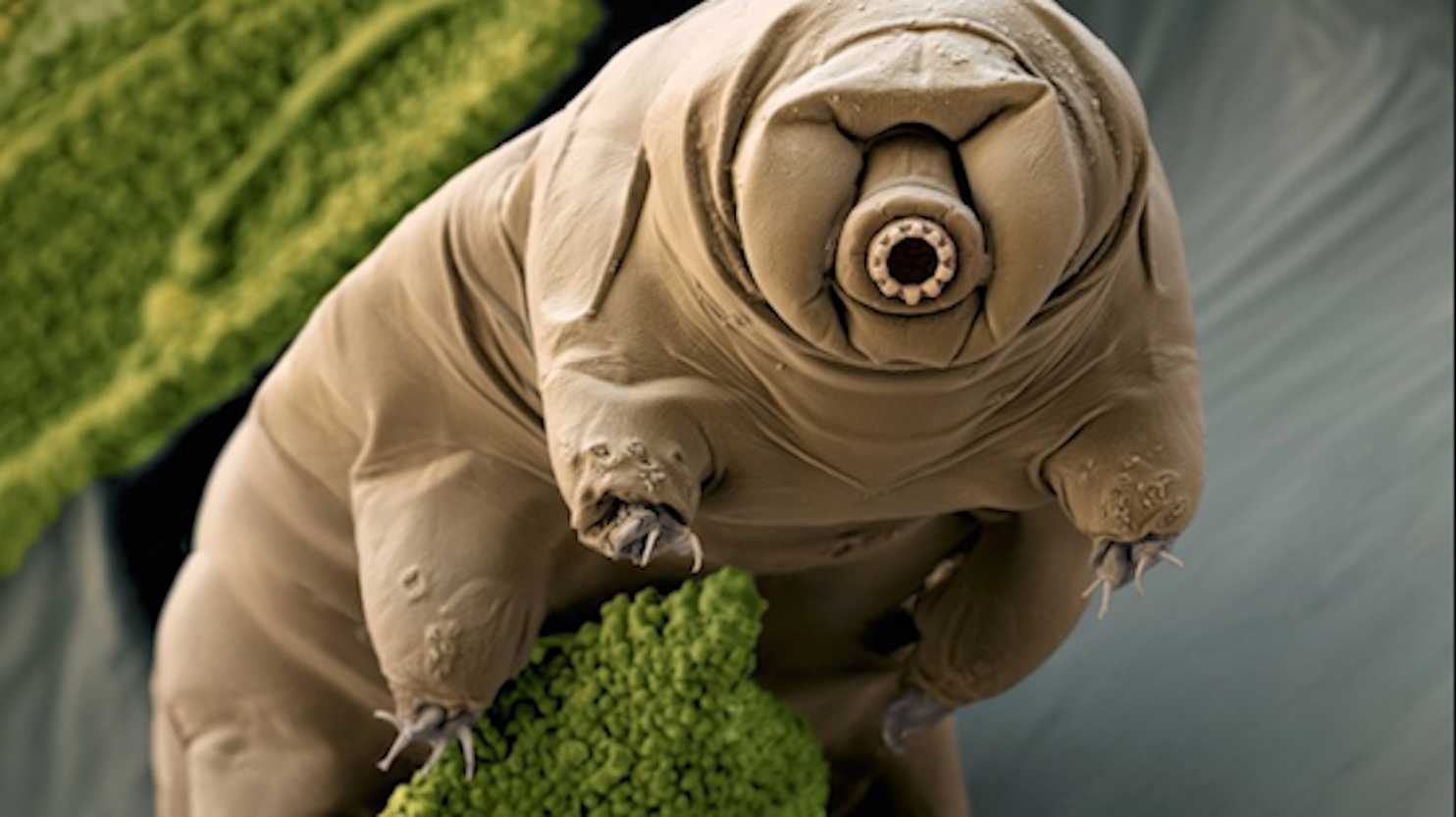 Tardigrades are very tiny with segmented bodies. It looks like a hookah-smoking caterpillar and ranges from 0.5 mm to 1.2 mm long, but it is found that they don’t get bigger than 1mm long.

2. They Are Actually Immortal These cute little species are powerful and are capable of tolerating harsh environments that they have been alive for 500 million years or since the Cambrian period. It is a period when most animals appear in the fossil record.

Having said that, dinosaurs were first noticed about 200 million years ago. That is you can assume that water bears have survived 4 mass extinctions and even scientists guarantee that they will survive until the sun envelops the earth.[1.1]

3. Tardigrades Can Easily Live In Space 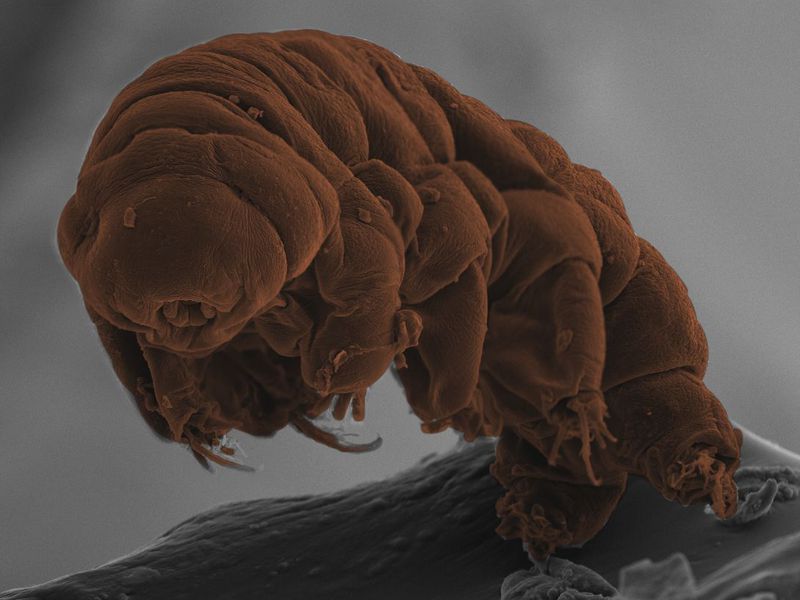 Do you know that without the pressurized suit, we humans can survive only a minute in the vacuum of space, on the other hand, these water bears can survive long 10 days? While humans can bear only 500 roentgen of ionizing radiation, it takes more than 100 times to kill these moss piglets. Tardigrade is one of the fewest animals to survive in space.

4. Tardigrades can Be Found Anywhere 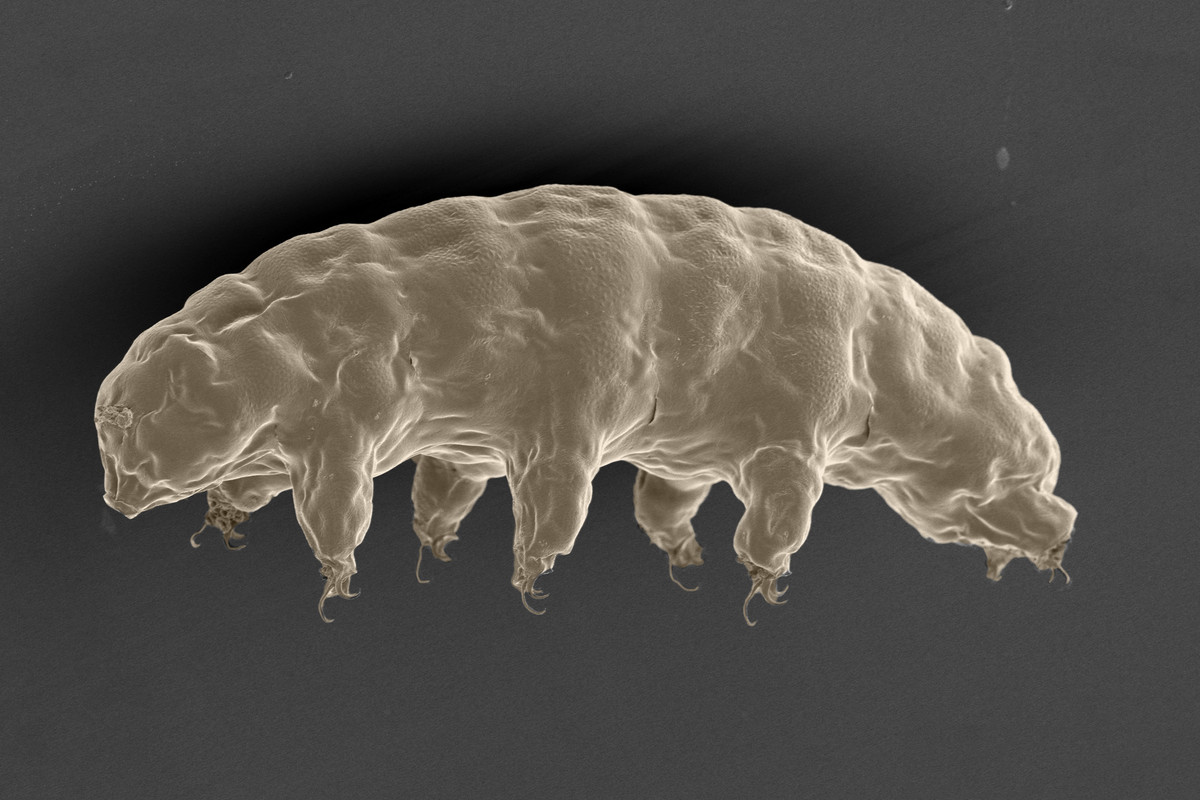 The water bears can live just anywhere but prefer living in sediment at the bottom of the lake or on damp places on land.

Leaf litter and patches of moss are their favorite place, and also can live easily in the fires of Mount Doom.

5. Some Speculated Them as Alien 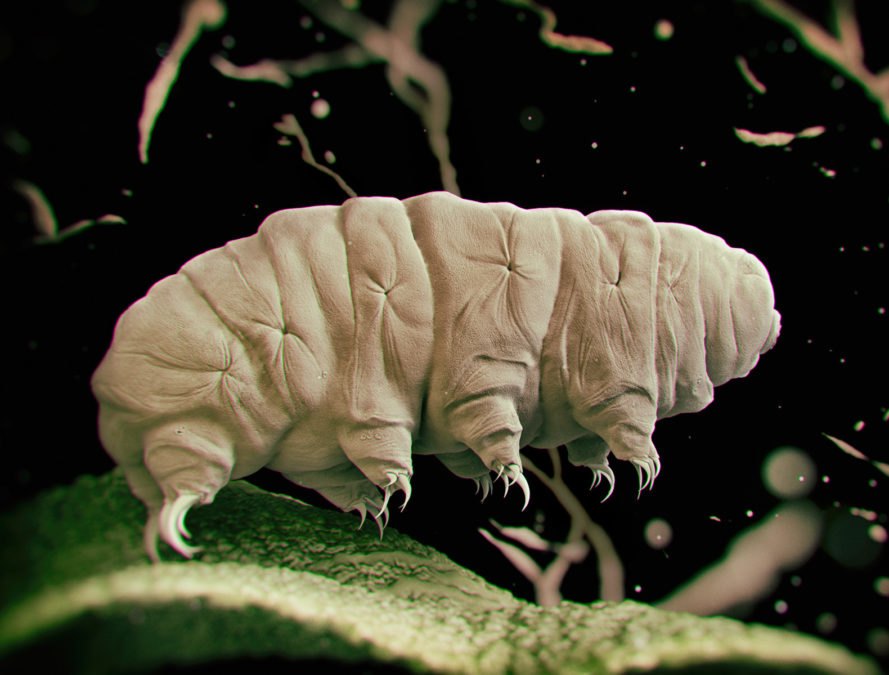 Radiation in space, lack of oxygen, and extreme pressure couldn’t kill them. Because of their surviving capability in space and on Earth – right from the Himalayas to the glacier ice flows some even have speculated that these water bears are a kind of alien.

6. They Can Pretend Themselves as Dead Even When Alive 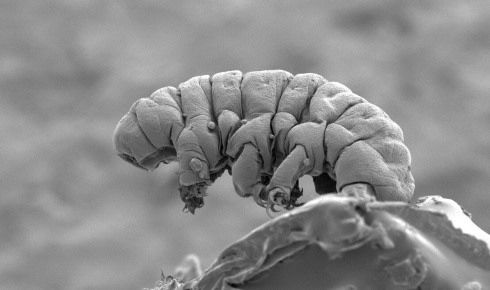 Another interesting fact about tardigrade is that they have got a superpower. What makes this cute little water bear so tough? The answer is cryptobiosis which means hidden life.

Tardigrades can even go on living even as they look dead. So, when they find it tough they pretend to be dead. Tardigrades hunch up into dried husks which drops their metabolisms to 0.1% of an average rate.[1.2]

7. They Have the Ability to Clone Themselves

Do you know any animal which has this kind of superpower? Tardigrades don’t need a partner to meet their needs. While many animals require female and male fertilization of eggs to produce, there are some species which are capable of parthenogenesis i.e. they can grow and nurture inside unfertilized egg cells. The offspring are the clones of the original. 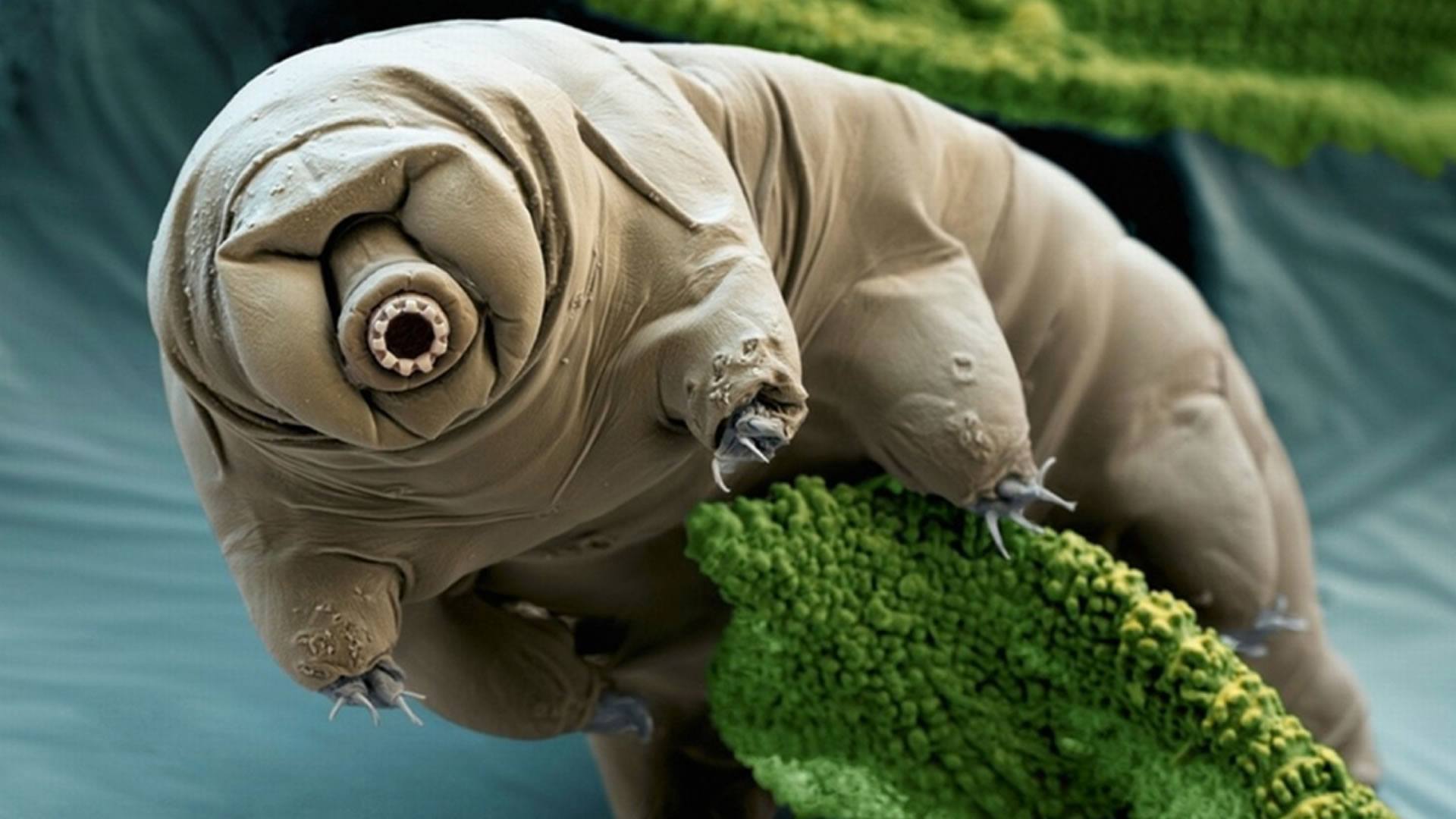 The water bears have sharp daggers like teeth which they use to spear algae and other living organisms. They usually feed on plant cells, juices from algae, moss, and lichens but there are some who prey on smaller animals too.

9. Not Only Space They Can Even Survive the Extreme pressure of Ocean 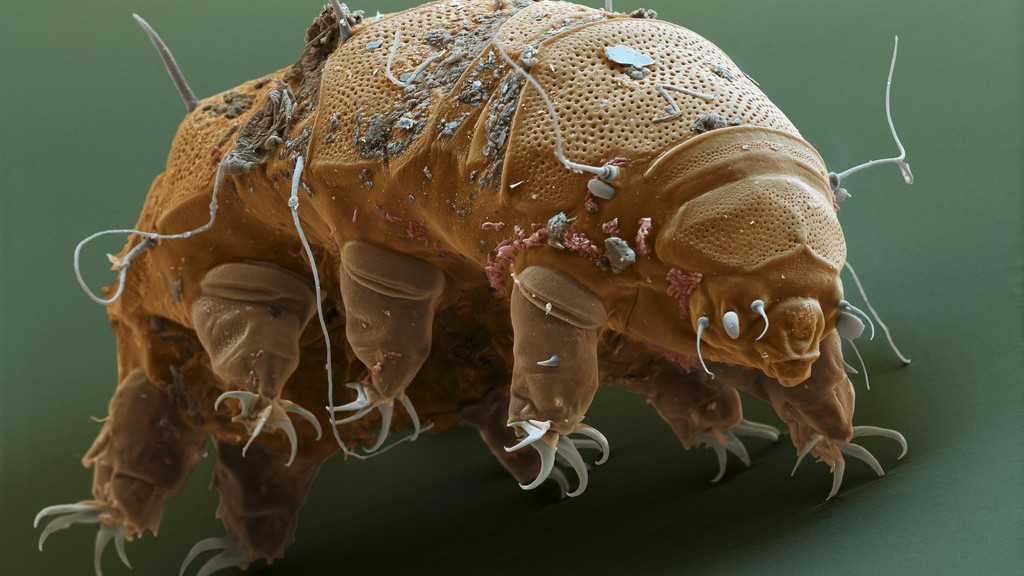 It was in 2000 when scientists collected more than 50 tardigrades from the Gulf of Mexico. 8 different species were found residing at an average depth of 2290 meters, while others were found withstanding even deep as 3160 meters.

10. Food is Not Their Basic Requirement 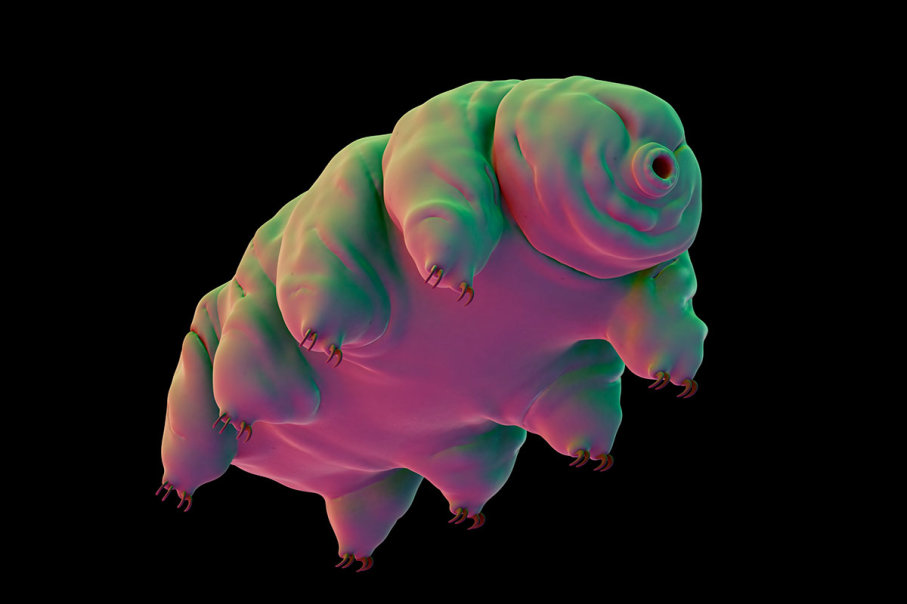